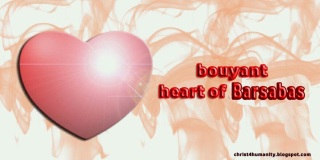 I have observed under the sun that one of the things which remain unchangeable in life is change. It is a valued fact that change will not change yet every other thing is subject to change. After Judas Iscariot betrayed Jesus Christ, the apostles had to replace him. This act of replacing this cantankerous fellow was a fulfillment of prophecy which was however reiterated by Luke in The Acts of the Apostles saying “For it is written in the book of Psalms, Let his habitation be desolate, and let no man dwell therein: and his bishoprick let another take.” (1:20) This is another brilliant opportunity for change to perform justly.
The person to fill the gap was very critical, for though there were other apostles and yet many more being called into this office, none fills the position and promise of the original twelve. Not even Paul has such a privilege. So it was a big deal who was chosen to be numbered among the original twelve. After ample deliberation in their apostolic meetings two people were chosen, Barsabas and Matthias, from which only one was to be appointed. “And they appointed two, Joseph called Barsabas, who was surnamed Justus, and Matthias.” (Acts 1:23) After all these things Matthias was chosen to be the twelfth apostle.
In this writing I am going to share with you the buoyant heart of Barsabas (the man who was not chosen to take the bishoprick of Judas). He had followed Jesus from the beginning of John’s baptism.  He was not chosen but he was committed to the apostolic ministry. Unlike most people who would resolve to disloyalty and becoming offended, he chose to be different. It is recorded in Acts that “And Joses, who by the apostles was surnamed Barnabas, (which is, being interpreted, The son of consolation,) a Levite, and of the country of Cyprus, Having land, sold it, and brought the money, and laid it at the apostles’ feet.” (4:36-37) Joses is the same as Joseph as many of the excellent manuscripts read. Therefore, Joses Barsabas or Joseph Barnabas.
He had a buoyant heart which yearned for the work of ministry. The same sold his property (a piece land) and gave the money to the apostles. Many people would even keep their distance if they were in the shoes of this noble man. “Why should I sacrifice for people who rejected me?” is the highest probable thought of anyone who suffers rejection. The problem of most people, even Christians is the ability to recover from rejection. It is inconceivable to be Christ-like without the tenacity to recover very quickly from rejection. Not only to recover but to yet love them who reject you to such an extent of losing everything for them. Most times when offended people are reconciled they tend to not have anything to talk about anymore, no matter how close they use to be. It happened to me many years ago. After reconciling with an old friend who really hurt me I found not a single reason to even see her name any written or mentioned anywhere. But I claimed I had forgiven her. Real forgiveness recovers from all hurts, offenses and grudges, and thus finds every reason to reconstruct the relationship perfectly again. Joseph Justus recovered entirely and gave himself wholly to the work of God.
He served God with all his heart, that he was surnamed “Son of Consolation”. His new name reflected the sum total of his zeal, love and work. He encouraged the body of believers. I remember ministering at a place where not a jot honour was given me. When I got to the meeting ground I was told that a special man of God would be coming so I had to wait for the next day. It was a three day program. Pretty unfortunately the “special man of God” could not make it, so they turned to me. I gave my best as though nothing had happened. The same incident happened on the second and third day. I ministered for three hours each of the days without the “special man of God” ever appearing. After the program they came to apologize. But I remember telling them this “I’m only a donkey on which Christ must get to all the nations of the earth. I’m privileged ministering Christ unto you.” My service really taught the leaders so much.
Barsabas was not deterred by the decision of the apostles. God wants all of us to have this buoyant heart filled with love. God wants all His children to explode with all good works at all times, whether we are leaders or followers. Above all He wants us to be “donkeys” to carry Christ to the world.

Any reproductions from this site must include a proper acknowledgement as follows:
By S. E. Entsua-Mensah. ©2014 Christ for Humanity Outreach
You are permitted and encouraged to reproduce and distribute this material in its entirety or in unaltered excerpts, as long as you do not charge a fee. For internet posting, please use only unaltered excerpts (not the content in its entirety) and provide a hyperlink to this page. Any exceptions to the above should be approved by Christ for Humanity Outreach.

Rev Samuel E. Entsua-Mensah is a young pastor who has deep passion for the truth to save dying souls from the tentacles of sin and deception. He holds a Diploma in Theology and Biblical Studies. He's happily married to Philomina Entsua-Mensah affectionately called Maame Baahwa and they current live in the Netherlands. View more posts

One thought on “THE BUOYANT HEART OF BARSABAS”